I've got the example code auth-server-side-web-app working after some tweaking but I would like to experiment with the api using the Postman app. The developer who was showing the Rest API was using Postman during the demo so I know it is possible but I can't figure out how to setup the Postman OAuth2 GetToken fields to match up with the API I defined which does work with the example python code. Can someone give more guidance about this?

When I run the code from a terminal using Python as in:

I get a list of folder names and urls as expected. 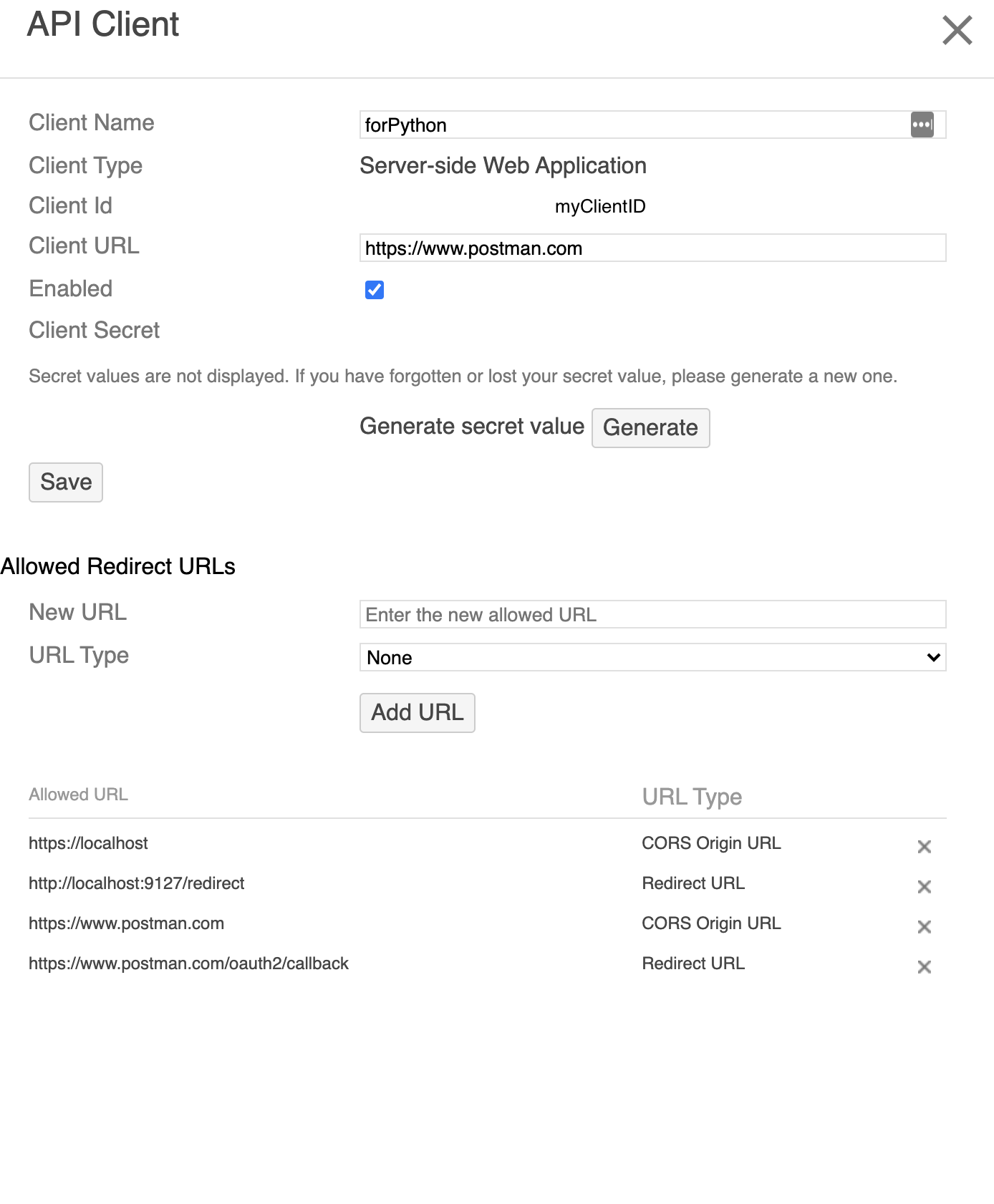 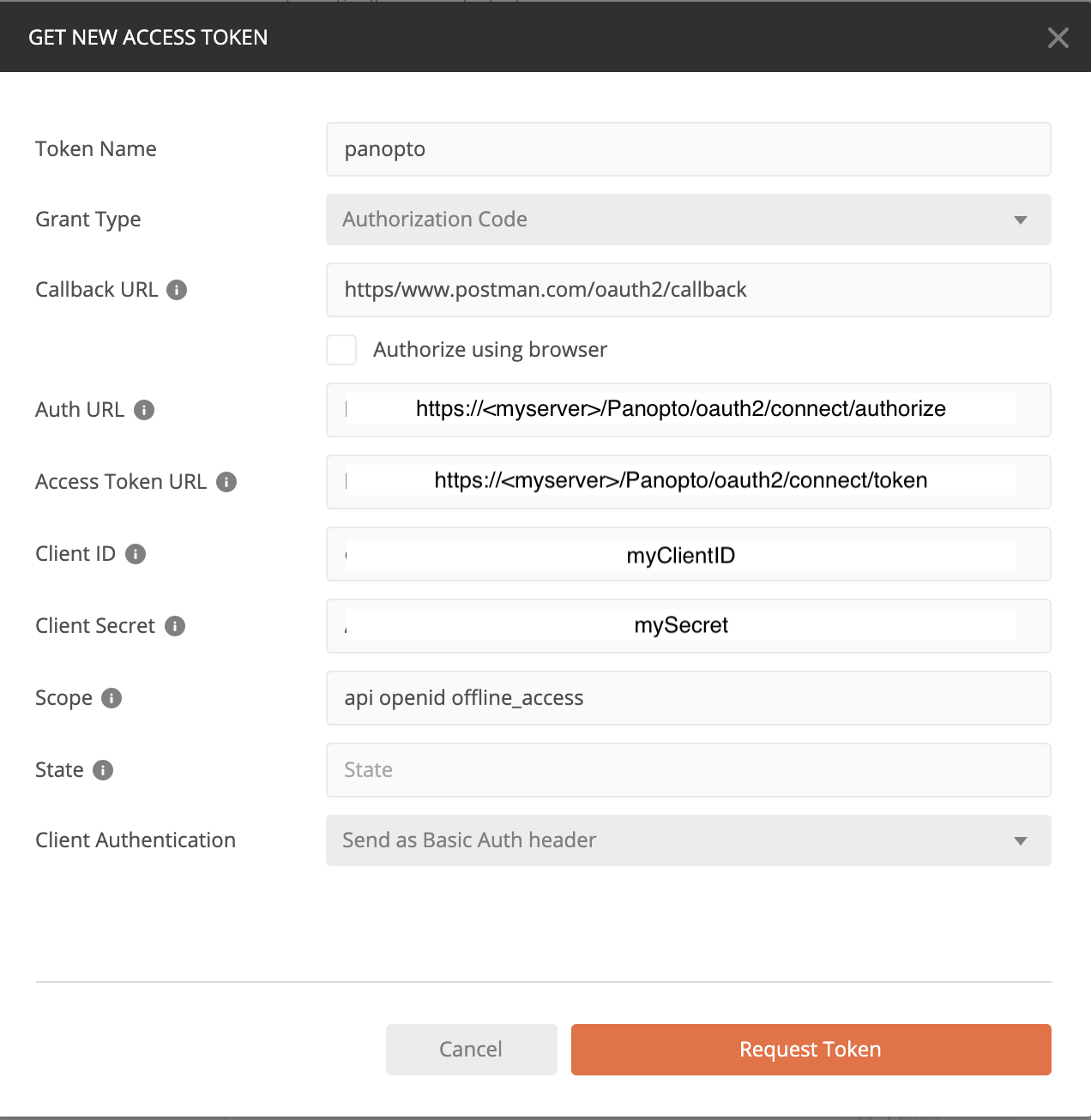 Here is the error I get from Panopto