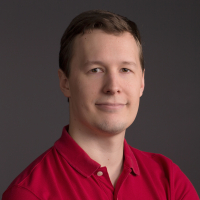 Currently, the Zoom integration requires Zoom admin permissions and arbitrarily brings in "all" recordings, but only new recordings. In addition to the obvious workflow concerns, this is a significant security and privacy concern for our users and our administrators.

Instead of asking for administrator access to Zoom, Panopto should empower users by creating a User-Managed Zoom app: https://marketplace.zoom.us/docs/guides/build#account-level-user-managed-apps

This would allow individual users to opt-in to the Zoom-Panopto integration, thereby consenting and granting access to only their Zoom recordings.

This is something that other users have requested in the past. In particular, this could also allow users to control which recordings are pulled into Panopto automatically and into which folders those recordings should be placed. Example of a request for Zoom integration opt-in: https://community.panopto.com/discussion/517/is-it-possible-for-an-opt-in-integration-with-zoom

We like Panopto and want this to be a success. However, we have denied all previous requests for account-level Zoom integrations due to similarly overreaching permissions requests.