Please note: This update will be applied at the end of business hours (local time) on June 25th, 2022 for all Panopto Cloud environments. This product update is currently available on staging servers.

Lightning-fast post-edit video processing allows creators to publish videos just seconds after completing their edits.  This minimizes downtime for viewers and speeds up all aspects of post-production and publishing workflows. Please note: This feature is currently delayed.

Panopto’s unique, AI-powered Smart Chapters feature automatically indexes videos with a table of contents by analyzing screen recordings - even for meeting recordings and Capture recordings where Panopto does not have access to directly index the slide deck. This feature will now be enabled by default to create video chaptering automatically. 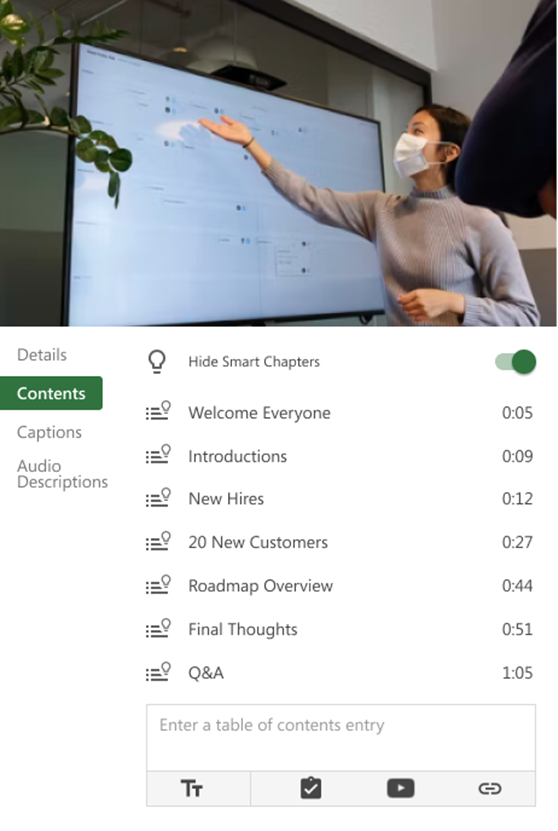 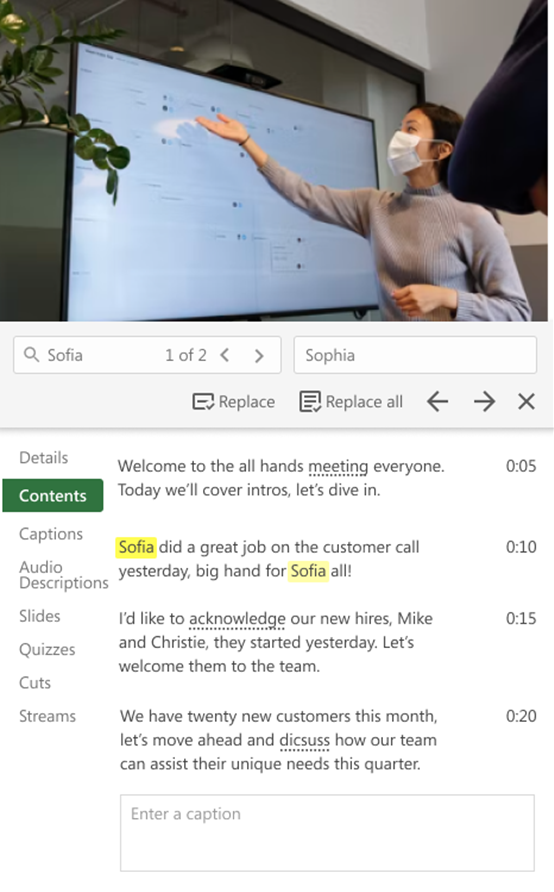 Captions can now specify an end-time 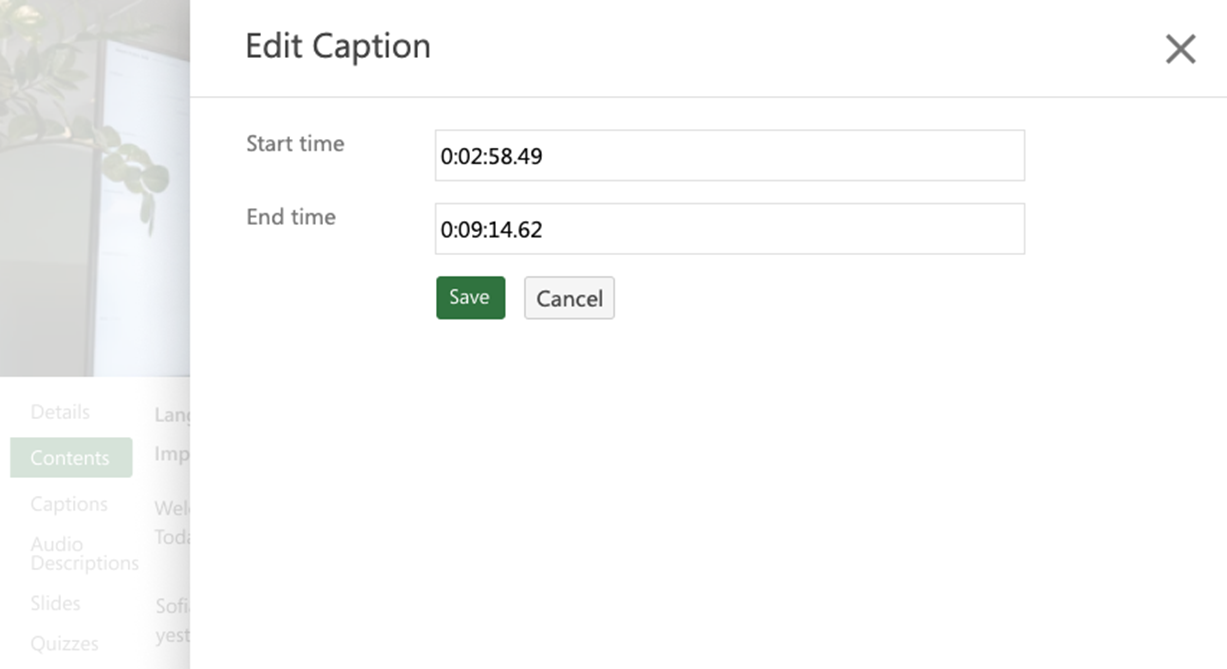 A new design refresh brings a modernized look and feel to the main video portal and embedded folder views.  User icons replace text-based username and help menu items, a clean and prominent Create + button is repositioned for greater impact and usability, and the search bar is now restyled and centralized 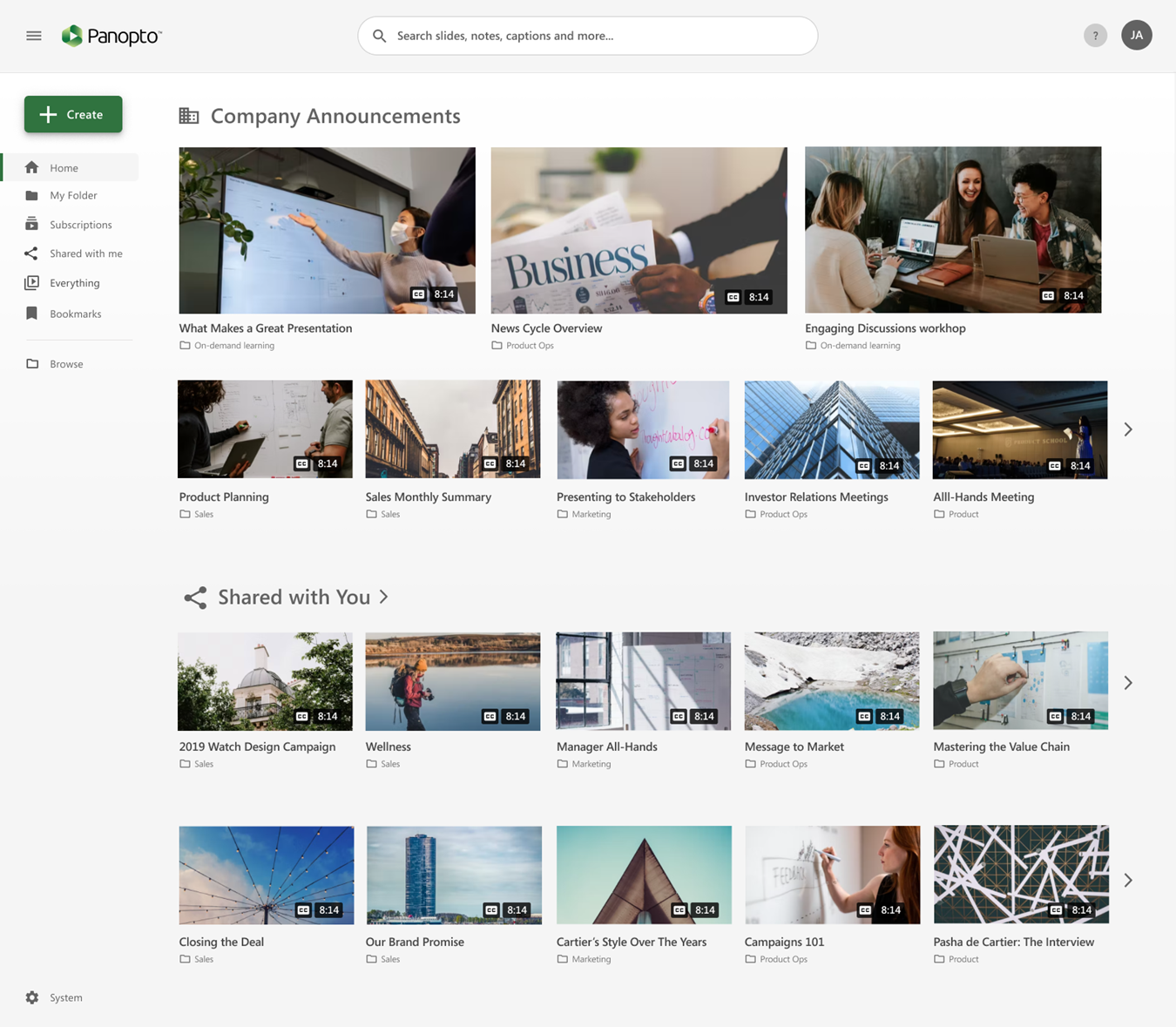 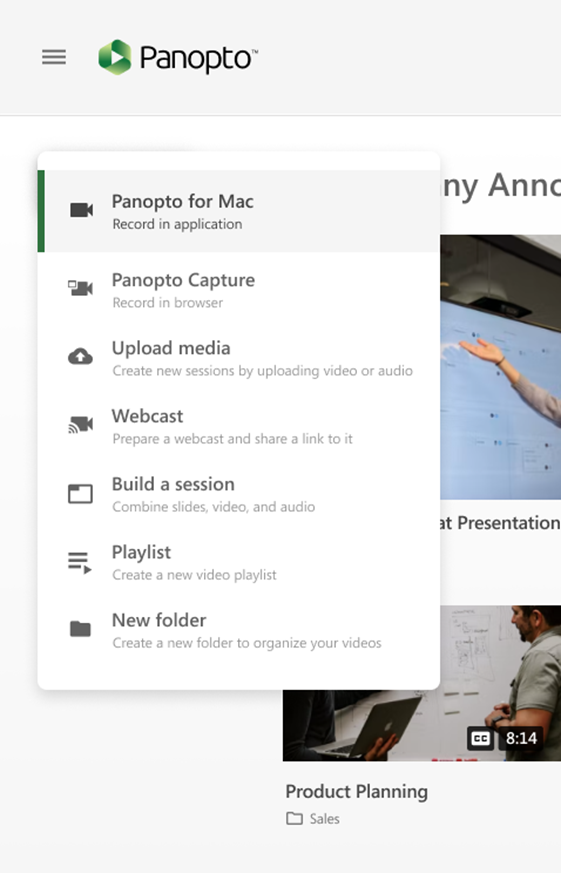 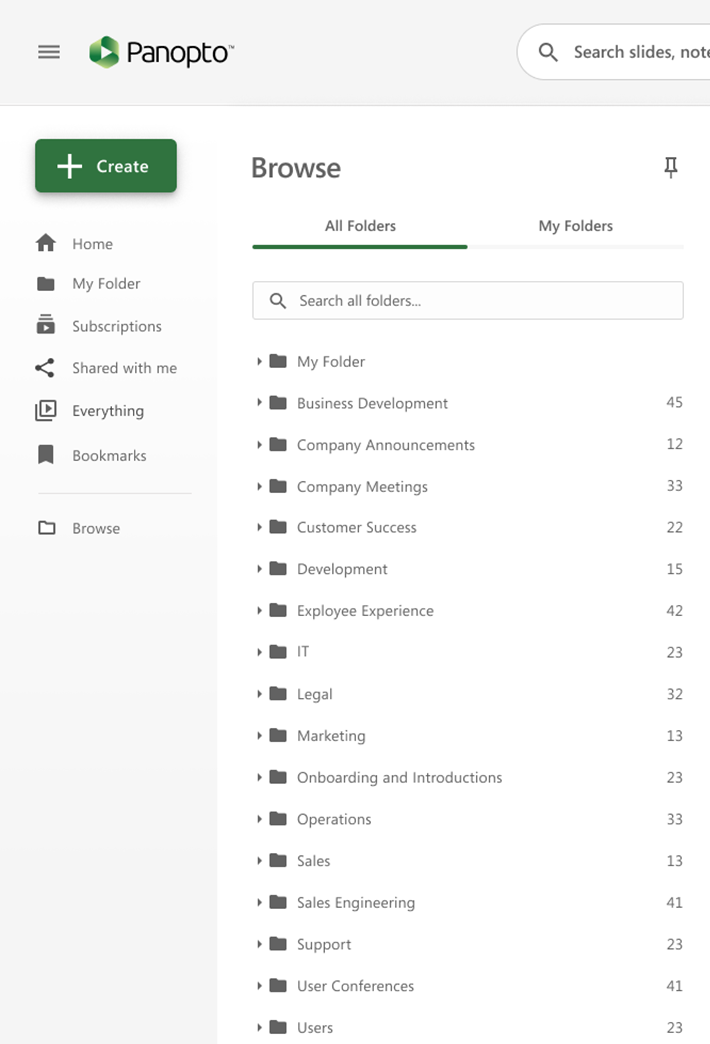 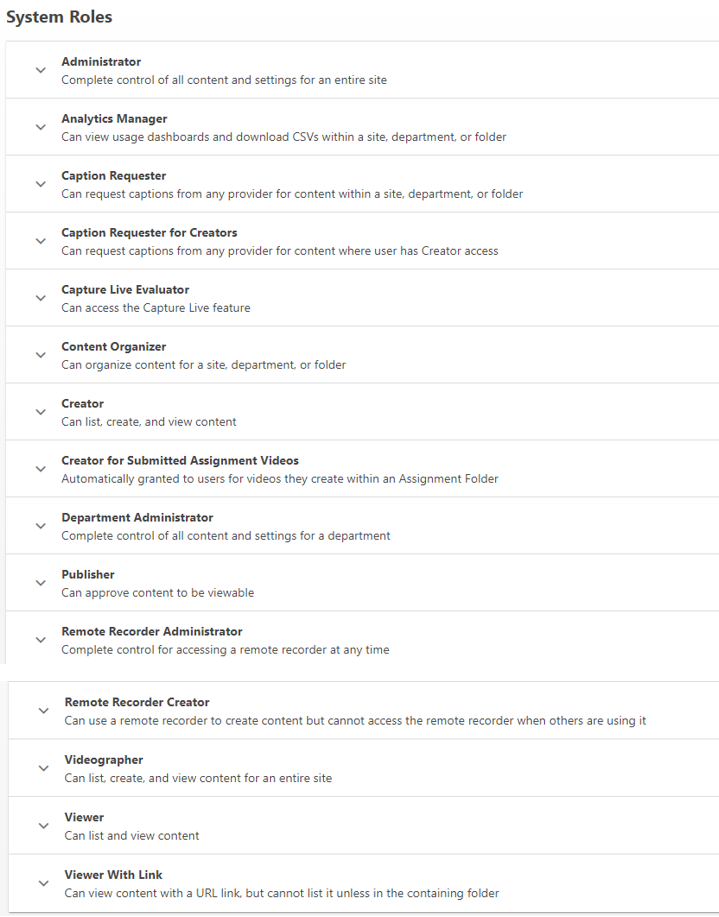 Adjusting the optional capabilities for the Creator role 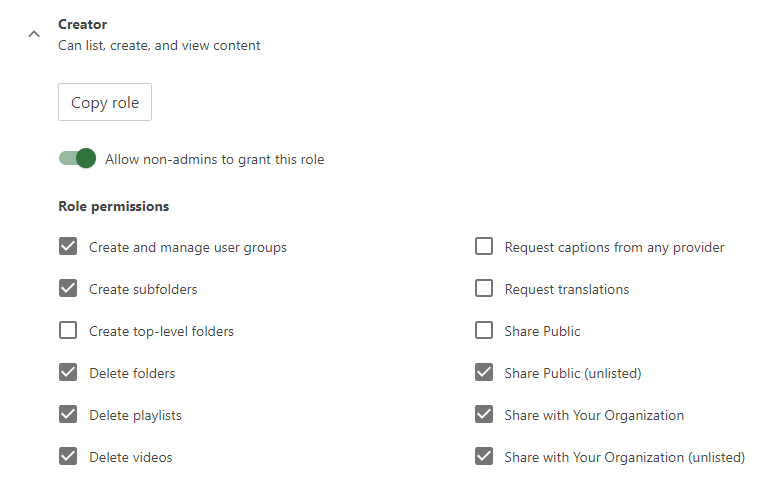 Note: This feature is already available on production clouds, ahead of the release

Users of Panopto’s app for Microsoft Teams will now be able to directly access Panopto videos and from within Team thanks to automatic single-sign-on between Teams and Panopto.  Admin configuration is required to enable this new SSO functionality, learn more.

Coming soon in the June 25th release: The Technical Preview release of Capture Live will allow customers to test new features of Panopto’s browser-based Capture tool that allows multiple users to present together.  Up to 4 users can join a Capture session for direct conversation and screen sharing.  Users can choose to either live broadcast the Capture session as a Panopto Webcast or record it for asynchronous video-on-demand viewing.  This technical preview is meant to get your early feedback and is not yet intended for production use.

The following behaviors have changed in this release:

The following settings have changed in this release:

The following settings have been removed in this release: