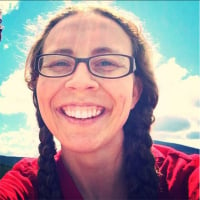 When sections of a video are cut out of playback, it is difficult to quickly see which captions are also hidden from playback. It would be helpful for a some visual indicator to be added to the captions to show that they will be excluded from playback. This would speed up the captioning editing process significantly. Bonus: if a caption line is begins in a section that has been cut from playback but the text ends in a spot that would be played back, that this would be visually indicated in the caption line as well.

On the roadmap · Last Updated September 2020