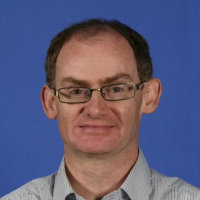 Item 1: A staff member would like to record a flipped classroom where initially he would begin the recording with him doing an intro using camera and mic, then he would like to camera turned off so he launches powerpoint and does his audio/ppt voiceover and then eventually completes his one recording.

I tried doing this with the panopto recorder, no success, once recording the camera is greyed out (locked down); I tried doing this with the post recording editor, no luck either, couldnt find any option/feature that allowed me to do this. There may be more sophisticated editors out there that might allow it, but that might require licence and cost.

I have suggested to the user for now, to do two recordings, first his intro recording camera and mic, then a second recording ppt and audio as a workaround.

Any suggestions from anyone, does panopto currently have the functionality to do item 1 above?